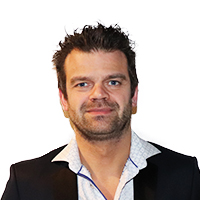 What is special about Dart?

Unlike many languages, Dart is created with the aim of making the development process as comfortable and fast as possible for developers. Therefore, it comes with a fairly comprehensive set of built-in tools, such as its own package manager, several compilers/transpilers, a parser, and a formatter. Also, the Dart virtual machine and Just-in-Time build make code changes immediately executable. Once in production, the code can be compiled into a number of native languages, so no special environment is required to run it. In the case of web development, Dart is converted into JavaScript.

Dart is a general-purpose language that you can use for frontend-, mobile- and back end-applications

Function tear-offs already existed in Dart. In case the lambda parameter(s) and the following function call each had the same signature, you could write it shorter.

It can also be used with named constructors.

The Dart team has also made some improvements to the enumeration API. You can call the getter .name to get the String value of an enum value.

It is now also possible to search for an enum value by name.

Finally, you can also map the value of an enum to name-value pairs.

You can find more information on this and other new additions at: https://dart.dev/guides/whats-new